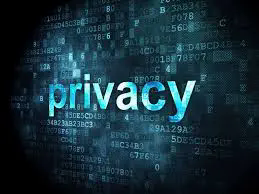 Following on from my post about the UK Governments campaign to erode our privacy by demanding that tech companies put back doors in their encrypted products, I have created a simple utility to demonstrate how easy it is for a reasonably competent developer to create their own using standard development tools and libraries.

Now, I’m not expecting the UK Government to take a blind bit of notice but the fact is that encryption is out there, it’s only mathematics after all, and it’s not going away. You cannot feasibly make maths illegal – although the US did classify encryption as a weapon until 2000 (and to some degree still does).

Anyway, following my commitment to watch at least one Pluralsight course a month during 2018 I opted for Practical Cryptography in .NET by Stephen Haunts to give myself some suitable background. The course was a minute under four hours and took me a couple of evenings to get through, Cryptography is not the most stimulating subject but Stephen did his best to key the information flowing. At times I did feel frustrated at how he seemed to labour some points but the upshot is that by doing this the information did seem to get through and stick. During the course he slowly increased the complexity, developing and enhancing C# code to demonstrate the principles.

It is this code which I have used as a base to create the ‘Personal Encryptor’ (hereafter referred to as PE) – a command line application that can be used to generate encryption keys, encrypt and, of course, decrypt data into files that can be safely sent over the Internet. Only someone with the required public and private keys will be able to decrypt the file and view the original data.

I’ll probably put another post together shortly diving a bit deeper into the functionality and explain the contents of the output file – but I highly recommend you watch the above course as Stephen know the subject inside out and does a great job of explaining it.

Why would I need/want to encrypt a file?

Alice and Bob want to exchange private messages with each other; maybe they are planning a surprise birthday party or sharing ideas about a new business venture. Whatever the messages contain, they are Alice and Bobs business and nobody elses.

Now Alice wants to encrypt a file, a PowerPoint presentation for their new product, and send it to Bob

Bob receives the message and downloads the encrypted file to his computer.

Of course if Alice (or Bob) just wanted to encrypt a file for their own personal use and not for sharing it is perfectly feasibly to provide their own Private AND Public keys to encrypt the data. These keys will be required to decrypt the data.

I can now safely download my Lastpass vault in plain text, encrypt it and save it to any cloud drive I like, secure in the knowledge that, as long as my private key remains under my control, nobody can decrypt it to access it’s contents. Nothing illegal there – these are passwords to legitimate sites (Amazon, Pluralsight, Microsoft, Apple etc) and need to be protected. A valid use of The Personal Encryptor.

Yes, at the moment it requires the users to have some familiarity with the Command Line but this project was always intended to be a proof of concept. The original aim was to explore encryption to enable me to implement it in an existing mobile Chat application.

Creating a simple GUI would certainly be possible – a simple Winforms or WPF application to collect file paths and call out to the command line utility shouldn’t take too long for a competent developer to write. That said, I’m probably going to focus my attention elsewhere.

While using the Microsoft libraries is perfectly valid in my opinion, I am aware that many people will wince just a little bit. With this in mind I intend to investigate using the libSodium Crypto Library which Steve Gibson is such a fan of – so that’s good enough for me.